Jane Allison's honeyed voice of scrubstone-denim & mulberry wine contains an entire life lived to the absolute fullest.  With her pure heartfelt delivery, infused with drama & sheer magnetism, she knows how to keep her audience spellbound.  Best of all are her lyrics which at times draw from the poetic musings of folk singers like Richard & Mimi Farina in terms of their sheer radiance and sound uncannily like they could be long lost, unreleased songs of Leonard, Joni or Gretchen Peters. 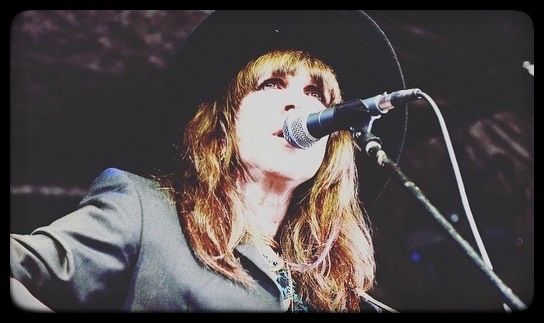 Allison’s debut album ‘Just Another Girl’ showcased her exceptional vocal capability over ten Americana-drenched ditties. It’s a clean and polished country gem hidden amidst the city smog. "This is quite simply as good British take on ‘Americana’ as I’ve heard in years; in fact it’s so damn good, you would be mistaken for thinking Jane Allison was Canadian!" Rocking Magpie

With her second release, Methylene Blue, Jane crafted an album of maturity and simple beauty that enchants and delights from start to finish. A record filled with withering accounts of obsessive love, ill-fated relationships, abuse and its aftermath. "Just occasionally, an album comes along where almost from the first note the music just reaches out, wraps itself around you and reaches deep into your very soul. A real gem! " Americana UK

Now there is a new album, concieved on the banks of the Landwehrkanal, Berlin and recorded in the heart of the Ardennes with producer, long time friend & Kula Shaker bassist, Alonza Bevan. It is ....."Like Magdalene"....

Embracing the darkness while also seeking the light is core to this new work. These new songs explore themes of loss, faded dreams, treaty and  atonement, all tinged with a hope filled chaser. Harking back to the halcyon days of the late 60s, but with a modern twist.